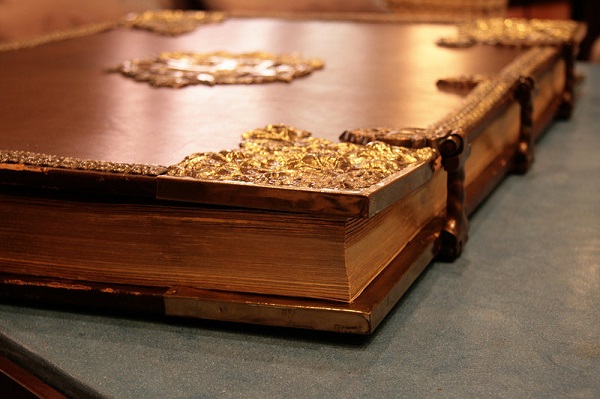 From myths, legends and fairy tales to folklore: again and again, these old tales reappear in modern fiction. But how do you use them in your novel?

Old tales aren’t copyrighted; what you can do with them is only bound by your own imagination. Not only are they a great source of inspiration, but they can add another layer of story for your reader to engage with.

Even their original form is still alive and well today. There is something fundamentally human in the sense of something dangerous about the woods, something magical and unexplainable just around the corner.

“Myths are not just for dry, dusty old anthropology professors to muse over in their ivory towers – they’re living stories which we continually reinvent for the times we live in.” – Lucy Coats

What has been the impact of these time-defying stories? Holly Black believes the stories have become central to our being, residing in our subconscious and defining how we see the world.

Do we even stop to think about the ridiculousness of the ‘kiss of life’, prevalent nowadays even in action movies? Fairy tales will forever be a part of who we are.

For Sjón, myths remind him of how small humans are. Poseidon, for example, could wipe us out with a tsunami whenever he wants. The less ‘happily-ever-after’ stories remind us of our mortality to protect and prolong life.

Whether thousands of years ago or in the twenty-first century, death is the ultimate enemy of humans and life is to be protected.

Sjón’s homeland of Iceland has many fascinating old tales of its own. Stories that particularly fascinate him are those where metamorphosis occurs: people turn into flowers, rivers or animals. What is stunning is humanity’s obsession with the idea, leading us to the modern age of genetic experiments.

4 Simple Steps to Go From Tale to Novel

With a fairy tale or two in mind, plus a little King Arthur to spice it up, how far do you go from the original story? Some believe sticking as close as possible to the most original form creates a true, pure story untainted by ulterior motives.

But while seeking the original tale for inspiration can give a lot of insight into the core of the story, there’s a lot more to be done.

Are you writing for young children, teenagers or adults? Are you writing a literary piece, or a genre one? Identifying your audience leads you to what parts of the old tale are relevant and interesting to them.

Do they want a modernised retelling, or a whole new story with aspects spliced in from old tale(s)? Would anything in the tale be unacceptable or confusing when read in a modern setting?

“All right I am corny, you know? But I think there are just about 140 million people in this country who are just as corny as I am, you know? I’m not a politician, I do it because I like it.” – Walt Disney

Kelly Link tries to imagine a world where Disney didn’t create the cartoons that changed fairy tales and how we view them. Would the original, written form be less or more popular than it is now?

While Disney altered several fairy tales, it was done to appeal to the audience and convey the desired message. This is no different from what any more recent rehashing of fairy tales does, and no different from the task in front of any writer picking up some old tales for their craft.

Old tales aren’t a complete novel in themselves; some are only a few pages long. Have a look at what is missing in the old story that modern fiction requires.

In Holly Black’s experiences, fairy tales and other old stories typically have plain, simple characters. Developing characters with backstory and motive naturally sparks off a whole new side of the story.

Another common gap in old tales is setting. Some have a vague indication, such as a castle or ‘deep in the woods’, but little indication of the surrounding culture. Building the setting can feed directly into and off your character’s motives.

For example, you might examine the political system in detail; what if wolves were the oppressed minority?

Some old tales have different versions across cultures and time. Searching for these can give great ideas of story elements you can move around and still be ‘true’ to some form of the original.

It’s also intriguing to discover which myths traverse countries, and how fairy tales adopt different nuances as they travel the globe.

“I did a lot of research, then chose the elements which were most vivid and which worked best in my voice. So I hope I’ve retold a story which you will recognise, but which will also surprise you.” – Lari Don

It’s also good to have a look at what is currently popular with fiction using old tales. In recent years, many retellings show the other side of a familiar story.

Another trend is to look into the history of the story itself: how it came about, who created it and who recorded it. Kate Forsyth’s latest novel The Wild Girl was inspired by the forbidden love of one the Grimm brothers. There’s no end to the inspiration held by these old tales!

4. Select which elements to focus on

Are you using a single story, or a collection of myths? This question is particularly relevant if you’re focusing on a mythological being, such as a vampire.

Is it the plot of one or a few tales that really captivates you, or is it the concept as a whole, built by several related but unconnected myths and legends? This will affect which elements you take from the old tales.

You’ll want to handle old tales differently depending on how familiar they are to your audience.

If you’re using a familiar one, it’s good to use more creative license and encourage your readers to see the old tale in a new, exciting way. If you’re using a relatively unfamiliar old tale, its unknown has great potential to add richness to your novel if you stay close enough to the original.

Generally speaking, familiar tales fall under Western mythology and old tales. Cinderella, Beauty and the Beast, King Arthur, and Ancient Greek or Egyptian gods are just some of the stories you may play with in this way.

If you conduct a search for novels using familiar old tales, the first thing you’ll come across is modern retellings with a twist.

When people want simple nostalgia, they’ll likely read the original or sit down to a Disney movie. In picking up a novel, they’re looking for a little something more.

Even when you’re changing the old tale, its core woven through the story will resonate.

“The fairy tale is a lie that expresses the deepest of human truths: those of the psyche through the imagination.” – Joslyn Robinson

While it’s good to put a new twist on a familiar tale, readers will notice every time you change something. To an extent, it’s good to keep up their expectations.

Holly Black’s favourite old tale to use is the collection of myths surrounding fairies. While vampires and werewolves are also favourites of hers, they were once human and bring with them a personality that is just a little too familiar. There is also an endless list of fairies, from pixies to brownies and trolls.

“Fairies are truly alien; they cry at weddings and laugh at funerals.” – Holly Black

Alternately, Kelly Link likes working with Greek gods and mythology because their characteristics are so human. The tales are full of family squabbles, misuse of power, jealousy, revenge – drama that’s much the same whether in the mortal or immortal world.

Maybe a sense of the familiar isn’t what you want to go for. You may want to write a Snow White who lives with seven ghouls instead of dwarves, or something completely bizarre and unheard of. Typically this type of story comes from Eastern, Middle Eastern, African, South American and Slavic cultures.

Researching different versions of old tales from other cultures, or completely unheard of ones, can help inspire an element of the bizarre in your novel.

Another advantage of using these lesser-known old tales is that it’s less likely to be compared to other versions. You can change what you like and not get pulled up on it; you can do a straight retelling and still be seen as presenting a fresh story.

“But when they read my retellings of the untrustworthy Korean tiger or the Witch of Lochlann or Inanna tricking the god of wisdom, they might never see that story anywhere else. My version will be the only version they know. And that’s a really heavy responsibility.” – Lari Don

You can use the whole story, or elements of it. But be careful that taking the old tale out of its original culture doesn’t create a story that can’t be understood. It’s important to research and understand the culture the story came from, but assume that your readers aren’t as familiar with that culture.

Kelly Link likes Japanese folklore, which she first came into contact with through Studio Ghibli films, directed by Hayao Miyazaki. My Neighbour Totoro (1988), Princess Monoko (1997), Spirited Away (2001) and Ponyo (2008) are just some of his films inspired by various aspects of Japanese culture and mythology, particularly their land gods and spirits or demons.

Sjón grew up with Icelandic mythology that, while familiar to him, is very unfamiliar to his Western audience. He shared a few bizarre Icelandic tales at the festival that are worth repeating.

Children are told tales of the Jólakötturinn – the Yule or Christmas Cat – that eats children who don’t receive a gift of clothing for Christmas. And there is the huldufólk – Hidden People or elves – whose existence has stopped several contraction plans to move or destroy the rocks they are believed to live in.

Myths, legends, fairy tales and folklore are a rich part of our storytelling culture and heritage. Bringing them into your modern work of fiction connects you to the fundamental truths that have survived the ages.

Whether taking inspiration from a familiar or unfamiliar tale, you can add a spark of magic to your own work.

2 thoughts on “How to Use Myths, Legends and Fairy Tales in Your Fiction”