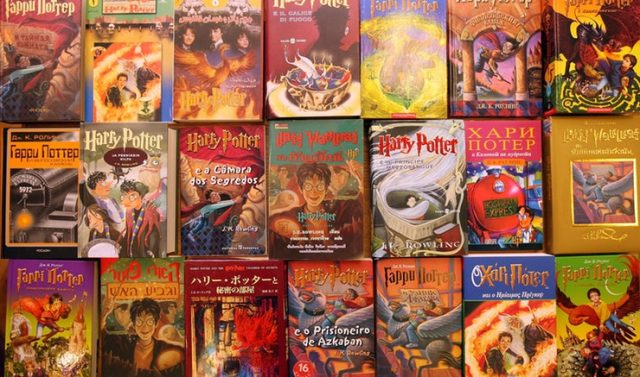 If you thought you were the world’s biggest Harry Potter fan, prepare to be disappointed. A lawyer in Mexico City has apparently shattered the Guinness World Record for largest collection of Harry Potter memorabilia. So far, he has 3,092 items in his collection, which far surpasses the previous record of only 807. Now that is one dedicated fan!

Menahem Asher Silva Vargas first started collecting Harry Potter products in 2001. In a video interview with The Telegraph, he explained that he didn’t originally think of himself as a collector; he’d just see a Harry Potter item that he liked and buy it. But as the Potter fan base in Mexico expanded (and as Potter-mania took over the world) there were more and more Potter-themed products available, and his collection just kept growing. Once it started taking up more than one room, he says, he decided to get organised and start keeping an inventory.

Now, on the one hand I know that buying things is not really a good way to measure how much of a fan someone is — after all, if Bill Gates really wanted this particular world record I’m sure he could buy up 4,000 pieces of Harry Potter memorabilia without batting an eyelash or ever reading the books — but it’s also clear that Silva Vargas really genuinely loves Harry Potter. And as a bit of a Harry Potter nerd myself, I raise a butter beer toast in salute.

In total, Silva Vargas’s collection takes up two rooms and includes everything from board games to Harry Potter attire to replica wands. But his favourite item in the huge collection is a circular wall ornament with a photo of Harry in the Chamber of Secrets that was a gift from his mother. Aww.

He says that he hopes to create some sort of interactive site to allow Potter fans from all over the world to virtually explore his massive treasure trove of Harry Potter merchandise some day.