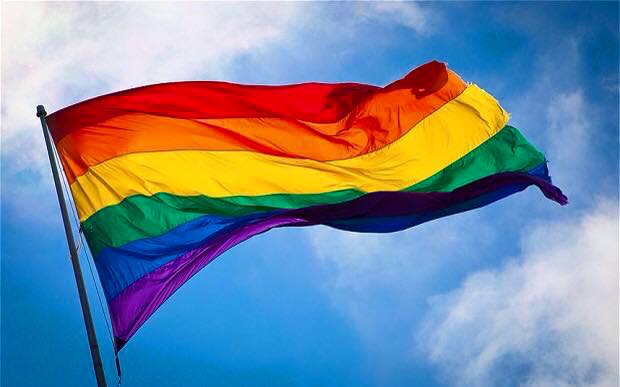 Pride in Publishing (PiP), a brand-new networking group for LGBTQ+ people in the industry, has launched on Friday (25th August 2017) to create a way for queer members of the publishing industry to meet up, connect with others and find peer support.

The professional networking group aims to provide a space where LGBTQ+ employees in publishing can find fellowship and air suggestions for how to create progress for LGBTQ+ people and representation in the industry.

“It will be a members-led group, so various initiatives will be proposed and developed by members,” said Maisie Lawrence, one of the group’s co-founders and editorial assistant at Simon & Schuster. “In this important year, 50 years since the partial decriminalisation of homosexuality, we want to do everything we can to support and promote LGBTQ+ voices and books in the industry.”

PiP is open to professionals working at publishing-related concerns, such as publishing companies (from any department), agencies, bookshops and libraries.

Wei Ming Kam, co-founder of the BAME In Publishing network and sales and marketing executive at Oberon Books, said that the group wants to be as inclusive as possible, stating: “We aim to provide a welcoming space for all on the LGBTQ+ spectrum, including trans, non-binary, asexual and intersex people.”

It is hoped that in time the group willl inspire offshoots specialised in specific areas of publishing and where authors, who are keen on increasing LGBT representation in their books, can also get involved.

The idea for the group sprung from a offhand conversation in which several of the group’s co-founders were surprised that such an organisation wasn’t already in operation.

Louie Stowell, senior editor for non-fiction at Usborne and co-founder of PiP, told The Bookseller: “We were just really surprised that a network didn’t exist already. And lots of people had been having the conversation about why isn’t there a network so we just decided to do it.

“It’s less about benefitting us [as LGBTQ+ employees] as about making our output more inclusive and representative, because I still feel we have a long way to go and I think everyone is on the same page about that.”

Penguin Random House this year put on a Penguin Pride event in partnership with Stonewall to celebrate the importance of literature in the progression of LGBT equality at Proud, Camden, during London Pride fortnight, around which time W H Smith Travel ran a promotion dedicated to gay literature to mark 50 years since the decriminalisation of homosexuality.

Stowell added: “In the past few years I’ve definitely noticed a difference in visibility and representation already and it would be really good if everyone had a place to talk about it in the same room; that’s basically what we are after. Then, across publishers, we will have more impact.”

The group will begin with monthly meet-ups. The first, described as an informal get-together, is scheduled for 27th September and will be held at Faber & Faber offices in London.

To join PiP and RSVP to the event, those interested are invited to email prideinpublishinguk@gmail.com with their name, company and job role.