I thought this was an intriguing article and worth sharing. In it Fiona Mitchell considers whether being in the profession of writing journalism helps with writing fiction. Here is what she found…Enjoy! 🙂

Sometimes people nod their heads knowingly when I tell them I’m a journalist. ‘See that’s why you’ve managed to get your book published, you were a writer already.’ But there’s a world of difference between writing magazine features or newspaper stories and writing a book with 300-plus pages. And the differences have become even more apparent since my debut novel, The Maid’s Room, was published in November.

I’ve been interviewed several times over the past three weeks and I’m trying to get used to being the one answering questions instead of asking them. Over the years, as a journalist, I interviewed quite a few people who didn’t have all that much to say for themselves – yes or no answers, without elaboration. All while my blank notebook stared up at me, along with the creeping fear that I wouldn’t have anything to fill my 1,000-word feature with. When I’ve been interviewed, I have to admit I’ve given some monosyllabic answers myself. ‘Why did you write that scene the way you did? ‘Er, I’m not sure.’ ‘And what about the juxtaposition of light and shade in chapter 7?’ ‘Erm . . .’ I’ve also fallen into the other extreme of filling the awkward spaces with seemingly never-ending gibberish.

Yep, I may be a journalist, but I’m definitely a newbie now I’m on the other side.

Here, best-selling authors and debut novelists share their thoughts on the differences between journalism and writing a book. 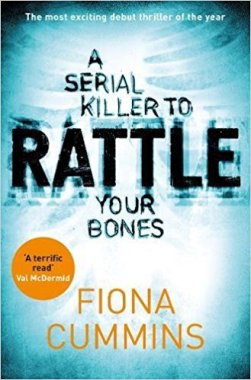 Fiona Cummins: Author of Rattle, and The Collector which will be published on 22 February 2018.

‘I was surprised by how exposing it felt to be critiqued by readers. I was used to writing other people’s stories – the focus of attention was never on me – and, then, suddenly everyone had an opinion. It gave me some sense of what it must feel like to have a newspaper story written about you, whether you liked it or not. Ultimately, you have no control over what others may think.

‘It’s certainly been a steep learning curve. With my tabloid newspaper background, I was used to working at breakneck speed. Publishing moves much more slowly. I’ve also had to learn to pace myself. Writing a 90,000-word manuscript takes time – I can’t just dash it off in a day.’ 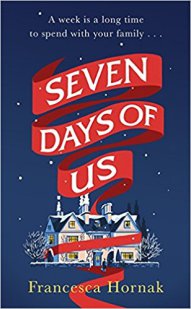 Francesca Hornak: Author of Seven Days of Us

‘The thing I struggled with in fiction is making bad things happen . . . This isn’t true of all journalism, but in glossy magazines there’s a constant aim to create a kind of aspirational, fantasy world, where people cook recipes and buy £200 moisturisers and scented candles. In fiction, you need to make your characters miserable, otherwise there’s no story. At first I was a bit squeamish about that, but I’ve got the hang of it now.

‘Long deadlines can be hard too; there isn’t quite enough pressure in publishing.’ 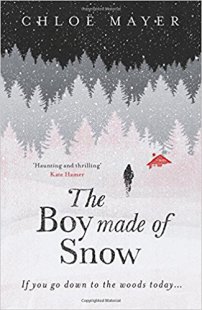 Chloe Mayer: Author of The Boy Made of Snow

‘I work in news rather than features, so the longest it usually takes for my copy to appear as a newspaper article is the next day. In contrast, the book industry moves at a glacial pace! My debut novel, The Boy Made of Snow, was released last month – more than a year and a half after I signed my publishing deal!

‘As a journalist I write stories all day long, but many articles are limited to just a few hundred words. It’s a completely different skill set to make up a story from scratch and tell it over 100,000 words – with an arc, sub-plots, and an entire cast of characters.

‘The first thing all news reporters are taught is that they must tell the whole story in the first sentence; the introduction must contain the crux of what’s happened and why. But with fiction, you must gradually build a world and let the story unfold over time.

‘Another difference is that in journalism you must explicitly lay out all of the facts and be as clear as possible. Whereas with fiction, you often have to hold back – and what isn’t said, or revealed, is often as important as what is. So learning how to write a novel as I went along was the steepest learning curve for me.’ 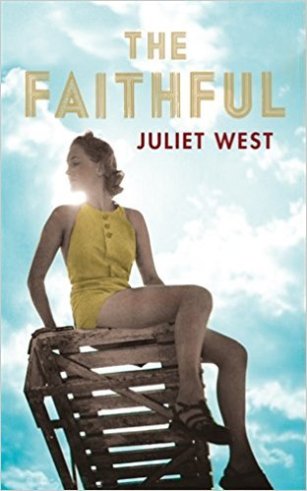 Juliet West: Author of The Faithful and Before the Fall

‘As a journalist, and especially as a news reporter on a daily paper, there’s a pressure to get your story out very quickly. Ideally that story will be word-perfect straight from your notebook. So when I first began to write fiction I attempted the same modus operandi. I thought I could file my story straight onto the page and all would be effortless and wonderful. Of course, what came out was terrible, so I would re-work every sentence, trying to make it perfect before moving on. I think I wrote three paragraphs over a fortnight, and they were desperately worthy and self-conscious and forced.

‘I realised I needed to give myself more freedom to write a first draft, allowing the story and characters to take root before going back to add polish and finesse. So that’s my top tip. Give yourself a break. Your first draft is yours alone – it’s not going to turn up in the next day’s paper with your byline on it.

‘When I did get a publishing deal in 2013 I was delighted, but also daunted by the prospect of a publicity campaign. Somehow I’ve risen to the challenge, and I’m really proud that I’m able to stand up and give a talk, or chat to a presenter on live radio. But I don’t think I’ll ever shake the feeling that I should be the one asking the questions.’

2 thoughts on “Does Being a Journalist Help When Writing a Book?”