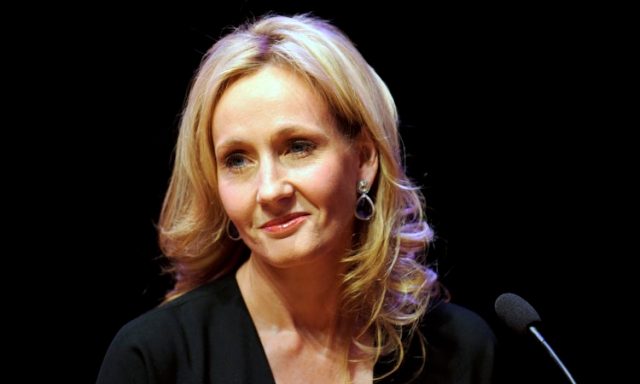 If you’re a fan of Harry Potter and his author J.K. Rowling, you probably know that the author has a penchant for writing on some decidedly unconventional surfaces. It is a well-known legend that Rowling first jotted down her initial thoughts and ideas for Harry Potter and the Sorcerer’s Stone on a napkin while sitting on a delayed train from Manchester to London back in 1990. And it was revealed in 2017 that Rowling has a dress hanging in her closet with an unpublished manuscript written all over it. So Rowling’s most recent admission of just where she first scribbled her thoughts for the four Hogwarts Houses is not exactly surprising, though it is inspiring.

In a series of tweets published by the author on 15 December 2017, she related some of her writing habits and thoughts on the HP series to curious readers. But it was in a response to one user @LizWintersMM who wrote, “Years ago, at a birthday party, with no notebook in my purse I was forced to write on napkins when inspiration struck. Now I always carry a notebook, but I’ve also been know to use my evernote app for random notes,” that Rowling revealed her own lightning bolt of inspiration.

In the tweet Rowling writes, “The best thing I ever wrote on was an aeroplane sick bag. Came up with the Hogwarts houses on it.” Can’t you just picture Rowling gazing out the window, watching the clouds float by, when suddenly Gryffindor, Ravenclaw, Hufflepuff and Slytherin pop into her head? It almost seems like a fantasy story itself, but if we know anything about Rowling at this point, its that her mind, and her world building process, doesn’t work quite like most people’s. And thank Dumbledore for that!

The Twitter conversation about writing processes first started when Rowling shared a tweet thread from author Ruth Ware, in which she wrote, “Apropos of nothing in particular, I keep seeing posts about ‘you MUST do this and it will improve your work’ or ‘REAL writers do this, if you don’t you’re not a real writer.’ I have never seen a tweet like this that I agreed with.”

Rowling hopped on to say that she agreed with Ware, and the rest is now locked away in Harry Potter history.

It’s super gratifying to see succesful authors like Rowling and Ware turning their noses up at ideas of what ‘real writers’ should or shouldn’t do, and encouraging people to let their inspiration strike whenever, and wherever it may. It seems, so long as you have an idea worth capturing, that’s all the magic you could ever need.

2 thoughts on “According to J.K Rowling, magic can strike you anywhere – including on the back of a sick bag!”