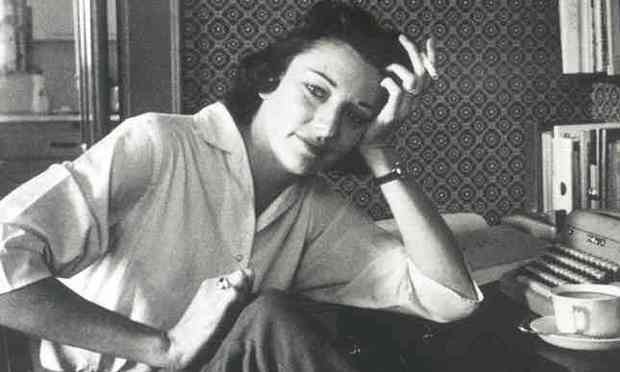 As it is Mother’s Day, here is a lovely article from the Guardian by Meike Ziervogel about her favourite Mother-Daughter stories. Perhaps there will be a few to add to your TBR pile… Enjoy!

Sons separate from their fathers to become men – many stories have focused on this challenge. But it’s also true that daughters have to break away from their mothers – and much less has been written on this subject.

The day after I graduated from high school, I boarded a train. I left my home town, my country, my language. For the next 10 years I believed I had truly found my own identity. It wasn’t until I gave birth to my first child, a daughter, that it dawned on me: I hadn’t even begun to separate from my mother. If I wanted to show my daughter how to become content as a woman, I had to look far more closely first at myself as a daughter before being able to become the mother – and the grownup daughter – I wanted to be.

I write to understand myself better. Each story is an exploration, a journey, a search for something I cannot express in any other way. Mother-daughter relationships have been my preoccupation over the past 20 years. So it is no surprise that my first two novellas – Magda and Clara’s Daughter – both deal with that subject.

Here are some of the books that have inspired me:

1. The Great Mother by Erich Neumann (translated from the German by Ralph Manheim)

Ever since the dawn of western civilisation, we have lived within patriarchal structures. So what has happened to the feminine in our human subconscious? The philosopher and psychologist Neumann was a student of Carl Jung. In this classic he traces the representation of the feminine from the beginning of image-making in caves via mythological storytelling to monotheistic religions. A psychologically insightful and thought-provoking read.

Ruth and her mother-in-law, Naomi, know how to play the game and pull strings in Old Testament times. The story presents us with a poetic reminder of how narrow traditional roles for women were – even if at first glance it might appear there was space for self-defined manoeuvre.

3. The Blue Room by Hanne Ørstavik (translated from the Norwegian by Deborah Dawkin)

A young woman is locked in a room by her mother. Or is she? The best book I’ve ever read on the internal struggles of a daughter to break away from the mother, and why it is so important to persevere.

4. A Very Easy Death by Simone de Beauvoir (translated from the French by Patrick O’Brian)

This is a masterpiece. De Beauvoir describes her mother’s final days and reflects on their relationship in view of the imminent death. It is written with empathy and honesty by a woman who has come to terms with a difficult mother. A wise book.

5. Searching for Mercy Street: My Journey Back to My Mother, Anne Sexton by Linda Gray Sexton

Anne Sexton wrote brilliant poetry. But she was also bipolar and incapable of fulfilling her role as mother. Linda Gray Sexton’s intelligent, harrowing account of her childhood made me realise that women artists and writers who descend into a dark space for their art have a duty towards their children to climb back into the light on a daily basis.

6. Pride and Prejudice by Jane Austen

The mother of all mothers is Mrs Bennet. She has five daughters, and no higher aspiration than to find husbands for them. At the end of the book the author sighs: “I wish I could say, for the sake of her family, that the accomplishment of her earnest desire … [made] her a sensible, amiable, well-informed woman for the rest of her life …” I guess that wish will not be realised. A hugely entertaining read.

7. A Sicilian Romance by Ann Radcliffe

A medieval Italian castle, two beautiful young women held captive by their authoritarian father and, from the vault underneath the floorboards, a mysterious knocking. A fantastic mother-daughter tale complete with a handsome lover and a happy end.

8. The Devil Kissed Her: The Story of Mary Lamb by Kathy Watson

Mary Lamb, sister of Charles Lamb, friend of Coleridge and Wordsworth, co-author of the children’s classic Tales from Shakespeare, killed her mother in 1796. Watson draws a vivid picture of the woman and the times and lets us ponder: was Mary a criminal – or was her society mad?

9. The Glass Essay by Anne Carson

“My mother has a way of summing things up. / She never liked Law much / but she liked the idea of me having a man and getting on with life.” The poet Anne Carson is a master of precise simplicity. This is a poem as much concerned with the end of a love affair as the mother-daughter relationship. After all, the narrator ends up sitting yet again in her mother’s kitchen.

10. On Matricide: Myth, Psychoanalysis and the Law of the Mother by Amber Jacobs

The goddess Athena sprang forth fully armed from the head of her father, Zeus. The part of the legend far less well-known is that Zeus had swallowed the pregnant Metis, and it was she who gave birth to Athena inside Zeus. Jacobs here offers a brilliant reinterpretation of the Oresteia myth, and in doing so shows us how we can change our thinking. It’s a must-read (and you don’t have to have read the Oresteia first).