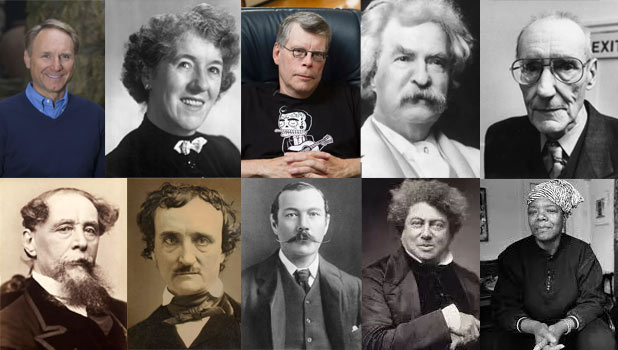 Everyone has their quirks, even famous authors. But here are 13 fun facts about them that you probably didn’t know, and might make you see them differently.

1. Dan Brown, the famed author of Da Vinci Code, was previously a pop singer and had once written a song about phone sex.

2. The author of Famous Five and Secret Seven Series, Enid Blyton, hated kids and got hopping mad whenever children made a racket in her neighborhood. Even her younger daughter Imogen called her, “arrogant, insecure, pretentious and without a trace of maternal instinct.”

3. The accomplished horror writer Stephen King has triskaidekaphobia, irrational fear of number 13. He’s so terrified of it that he wouldn’t pause reading or writing if he’s on page 13 or it’s multiples till he reaches a safe number.

4. Apart from being an adept author, Mark Twain was also the inventor of the self-pasting scrapbook and the elastic-clasp brassiere strap.

5. Lewis Carroll allegedly proposed to the real 11-year-old Alice and was also thought to be a “heavily repressed pedophile”.

6. Charles Dickens was so fascinated with dead bodies that he’d spend most of his time at the Paris Morgue.

8. William S. Burroughs, the author of Naked Lunch, shot his wife in the head during a drunken attempt at playing William Tell. The controversial beat writer had also once chopped the top joint of his finger to gift his ex-boyfriend but instead presented it to his psychiatrist, who freaked out and committed him to a private clinic.

10. Jonathan Swift, the creator of Gulliver’s Travels, was first to coin the name Vanessa.

11. Alexandre Dumas‘s pants fell off during his first duel at age 23.

12. J.R.R Tolkien was known to be a wacky prankster who once dressed as an ax-wielding Anglo-Saxon warrior and chased his neighbor.

13. Maya Angelou once worked as a sex worker and a ‘madam’, and chronicled her experiences in her memoir Gather Together in My Name. 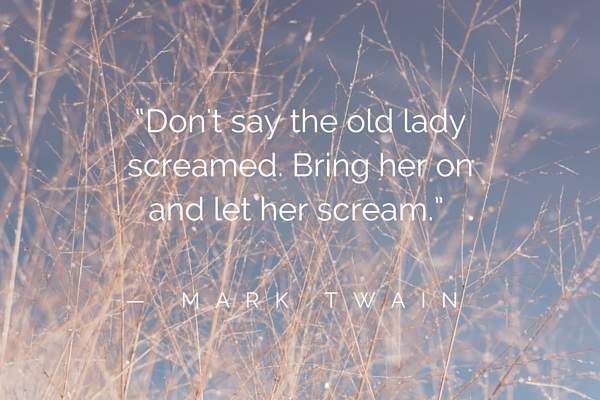 The show, don’t tell mantra haunts every writer, no matter how long they’ve been around. But what does it mean? It’s the used and abused phrase thats truth is lost among endless repetitions.

While this quick guide isn’t the easy-peasy formula for fantastic writing (since that formula doesn’t exist), this is an exploration of a few ways to craft more compelling stories. Follow these steps to show more, tell less and inspire your readers always.

“The generalizing writer is like the passionate drunk, stumbling into your house mumbling: I know I’m not being clear, exactly, but don’t you kind of feel what I’m feeling?”
George Saunders (via writersrelief)

‘Sometimes you need to tell, not show’
(lilyevansjamespotter)

“All books are divisible into two classes: the books of the hour, and the books of all time.”
John Ruskin (via the-bookmark)

“Put the reader first. Invent. And be patient.”
Jeff Bezos, Amazon founder and new owner of the Washington Post (source)

“Wanted or not, dreams and exaggerations will run rampant in the daily mind of the creative genius.”
AJB (via journaling-junkie)

“I would rather be known as an average writer or even a pretty bad writer, than not be known as a writer at all.”
Beant (Infiniti)

“I lay on the bed and lost myself in the stories. I liked that. Books were safer than other people anyway.
Neil Gaiman, The Ocean at the End of the Lane (via bookmania)

“Books are for people who wish they were somewhere else.”
Mark Twain (via c-oquetry)

“The stories we love best do live in us forever.”
J. K. Rowling (via letstalkguys)

“… The space between daily language and literature is not terribly deep nor wide, but does contain a vital difference – of intent and intensity.”
Mary Oliver, “A Poetry Handbook” (via audiblehush)